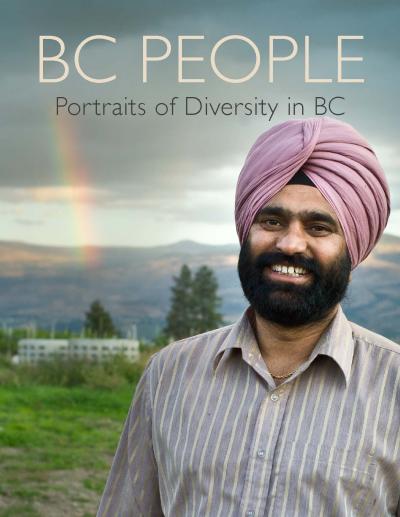 BC People is a 137 page coffee table book that showcases cultural diversity in British Columbia, through the lens of 65 real peoples' personal stories.

BC is home to more than four million people. More than 30% emigrated from another country in their lifetimes; 5% self-identify as Aboriginal; 28% of the population speaks a mother tongue other than english; and more than one quarter are visible minorities. BC is arguably the most diverse province in Canada.

With stunning imagery and first-person testimonials, BC People showcases the stories of 65 people from an array of cultural backgrounds. It includes statistical and historical information about the province's multicultural make-up. And it invites readers to consider the rich diversity that makes this province unique.