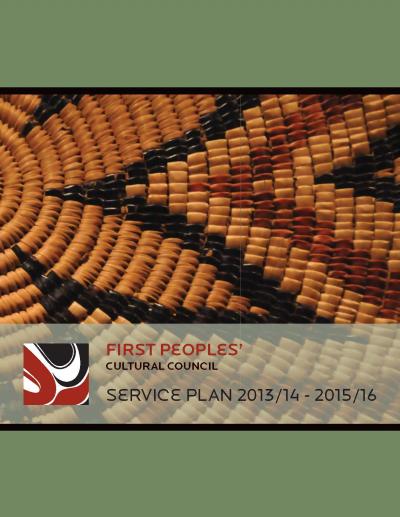 The First Peoples’ Cultural Council is a provincial Crown Corporation formed by the government of British Columbia in 1990 to support First Nations in BC in their efforts to protect and revitalize their languages, arts and cultures. As a Crown agency, FPCC is required to produce a number of reports on an annual basis. One of these is the Annual Service Plan, a document that details FPCCs intended activities, goals and performance targets over the next two-year period.

I assisted FPCC with the creation of their Service Plan in 2012 - 14; 2013 - 15; and 2014 - 16. This included providing consulting support to help determine performance targets and writing the plans.

< Previous
Back to Client Work
Next >